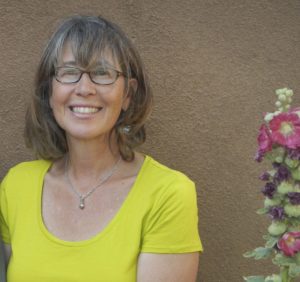 With over 40 years in the garden, Christine has worked in print and digital media — including at Horticulture Magazine in Boston–her entire career. Christine moved to Santa Fe from New England where pretty much everything grows. After killing a shocking number of plants in her Santa Fe garden, she became a Master Gardener in 2010. Her passions are native plants, heritage grains, and seed sovereignty. gardenjournal@ksfr.org 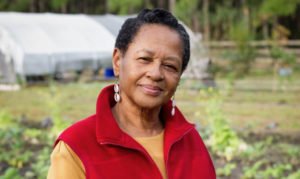 Carrie Core is the Office and Volunteer Coordinator at the Santa Fe Farmers’ Market Institute. She has been a long time advocate for healthy food and farms and has hosted and produced community radio programming for over a decade. From her days as a child exploring in her grandmother’s backyard garden in South Carolina trying to avoid “that big mean rooster,” to receiving a certification in organic and sustainable agriculture she has been adamant about her belief in the power of food to create community. She says one of the things that brings her great joy is watching a seed burst through the soil. carrie@farmersmarketinstitute.org
(505) 983-7726 ext. 0

Marketing and Public Relations Director at the Santa Fe Botanical Garden, Lindsay earned her Bachelor’s Degree from the University of Delaware in Theatre Production & Spanish. Upon graduation, she taught high school Drama & Spanish, where she built the Drama department from 15 students to more than 100. In 2008, the Rocky Mountains called her west, and she found the nonprofit community in Denver, Colorado, serving for organizations such as Ballet Nouveau Colorado (now Wonderbound) and Swallow Hill Music. As Director of Marketing for Swallow Hill Music, she began an archival program, honoring the organization’s 40 years, and drove attendance to the highest in the organization’s history. She believes that marketing is at its best when it is rooted in building community. Lindsay relocated to Santa Fe in 2017, and she joined the Santa Fe Botanical Garden team in 2018. lindsay@santafebotanicalgarden.org 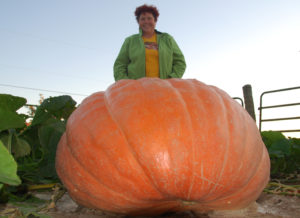 Known as The Tomato Lady, Jannine is an expert vegetable gardener who loves to share her hard-won expertise with others. She blogs at GiantVeggieGardener.com.